Compared to India (where we were traveling last year at this time), New Zealand is a tougher place to be a blogger. Or so I’m finding. For one thing we took many trains on the subcontinent, many of them interminable, and that gave me vast amounts of time for writing. Here for the past 10 days, we’ve been waking up between 5 and 6am, then quickly getting organized and hitting the road, either to sightsee or drive to our next destination (or both). I can write in cars, but not in New Zealand, where driving on the left side and negotiating narrow roads and sometimes-confusing traffic circles puts me on full-time duty as navigator. And then there’s the question of subject matter.

We’re having a great time: drinking in beautiful natural scenes; learning about the Maori culture; enjoying food that has consistently ranged from good to excellent. But it’s the sort of stuff that’s more fun to experience than to read (or write) about. It is NOT the stuff of high adventure. I’m not complaining, but rather explaining why I think some of the highlights of our last few days are better communicated in photos, than words.

Tuesday morning, we spent eight hours on the road from Rotarua to Wellington, arriving tired but happy to have had no driving catastrophes. We chose to drive, rather than fly, because the country sounded so extraordinary. At one point we took a short hike to this beautiful waterfall…

Then we headed south past Lake Taupo, the caldera created in a supervolcanic eruption that was the biggest anywhere on earth for the past 70,000 years.

It’s still a wildly active volcanic region. We’d hoped to see three of the giants, including one that was the stand-in for Mt. Doom in the Jackson/Tolkien movies. But the national park that contains them was enshrouded in appropriately gloomy low clouds.

Happily, the sun was shining yesterday, when we set out to cram as much of Wellington as we could into our single day. Wellington is the kiwi capital, but Parliament was not in session (or else I would have dragged Steve in to see it deliberating.)

Instead we took a cable car up to the excellent Botanic Gardens, strolling down through the horticultural wonders.

After lunch at one of the country’s best restaurants…

…we spent the rest of the afternoon in a museum that has to rank among the best anywhere. 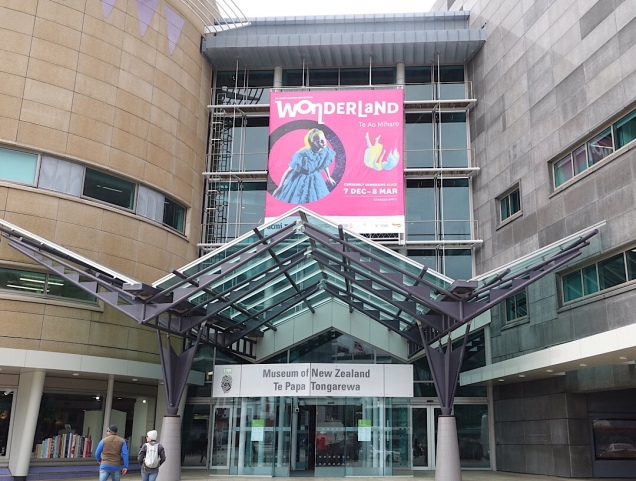 Now it’s the morning of Halloween, and we’re on the ferry, halfway between the three- and-a-half-hour-long passage between the North and South islands. 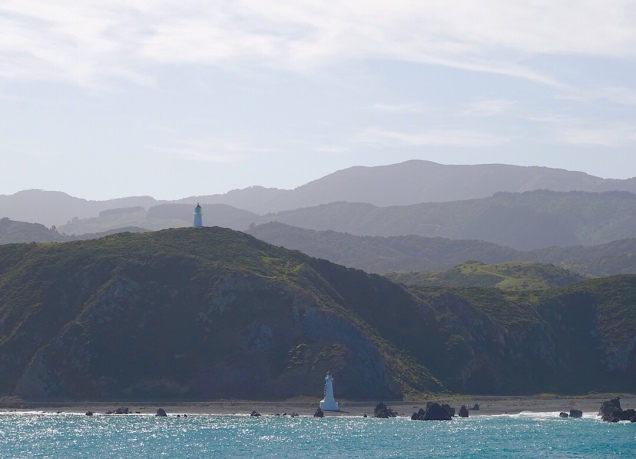 Ironically, it’s a nice chunk of time for writing. If only we weren’t in blogger hell.