Years ago, an astute park ranger told me that perhaps the most valuable plant in all of Balboa Park was the kauri growing next to the Mingei Museum. This species (Agathis australus) is one of the most magnificent trees on the planet, capable of growing to massive size and living for more than 2000 years. Mature species are rarely found in the US. (The San Diego specimen is thought to be about 90 years old.) The Maori people considered kauris to be demigods; they cut one down only after reverent ceremony. However, when Captain Cook arrived in New Zealand, he judged them to be the finest sources of timber anywhere, and within a generation, something like 90% of New Zealand’s great kauri forests had been chopped down and carted off by Europeans.

Before this trip, I’d read that the Waipoua Forest on the northwest coast of New Zealand’s North Island is the largest remaining kauri sanctuary left on earth. Although Steve and I knew we’d have to drive for about three hours from Auckland to reach it, we decided to make the pilgrimage; that’s what we planned to do Wednesday (10/23). We confided our plan to some locals Tuesday, and they strongly advised us to instead head for a regional park an hour or so west of Auckland. The outing would be less grueling and we would see at least some kauris. We followed their suggestion and wound up being grateful we did.

We’re beginning to learn that a one-hour drive here FEELS like it took three hours. It’s not that the roads are bad; they’re in much better shape than most American thoroughfares. But people drive on the left side, and while Steve is competent at that, the switch still demands a lot of concentration, particularly when the streets are narrow and cars are parked along both sides or the curves are head-spinning, as they were over the mountains.

Moreover the weather Wednesday morning was wicked and tempestuous. When we checked in at the Arataki visitor center, this was the view to the south. 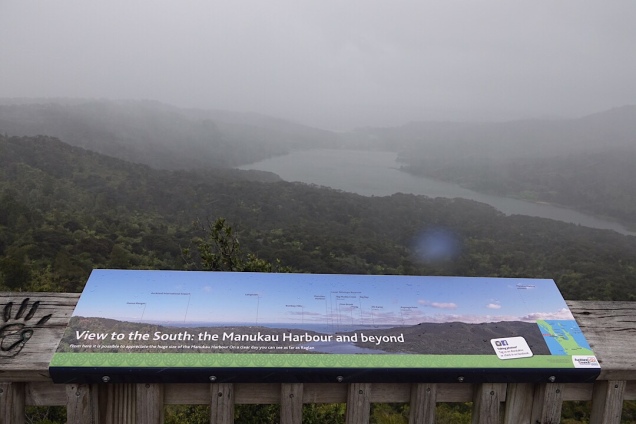 The friendly ladies at the center’s help desk suggested where we should go to see highlights of the area, and once again, the local knowledge was invaluable.

We drove west, to Piha, where the beach was almost empty, save for a land sailor harnessing the wind. 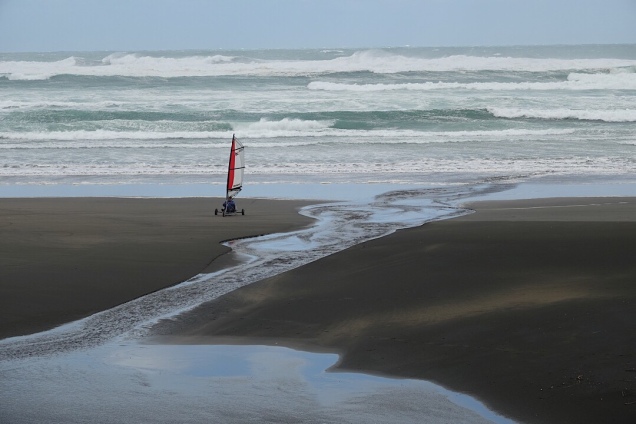 After lunch at the sole cafe in town, we took in the view of nearby Karekare falls…

then hiked to the beach made famous by the movie The Piano.

Grains of sand driven by the gale-force winds stung our faces, so we didn’t linger but instead drove back to the nature trail adjoining the Arataki visitor’s center. 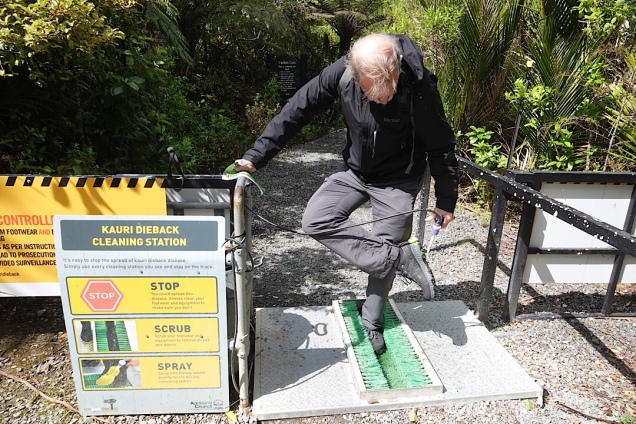 Dense forest pressed in. We saw just one other pair of hikers. The trail terminated in a spot that’s been designated the “Kauri Cathedral.” A dozen or so of the gigantic trees clustered there, looking as much as demigods as any plant could. We stood and looked at them for a long, long time before heading back to the visitor’s center. 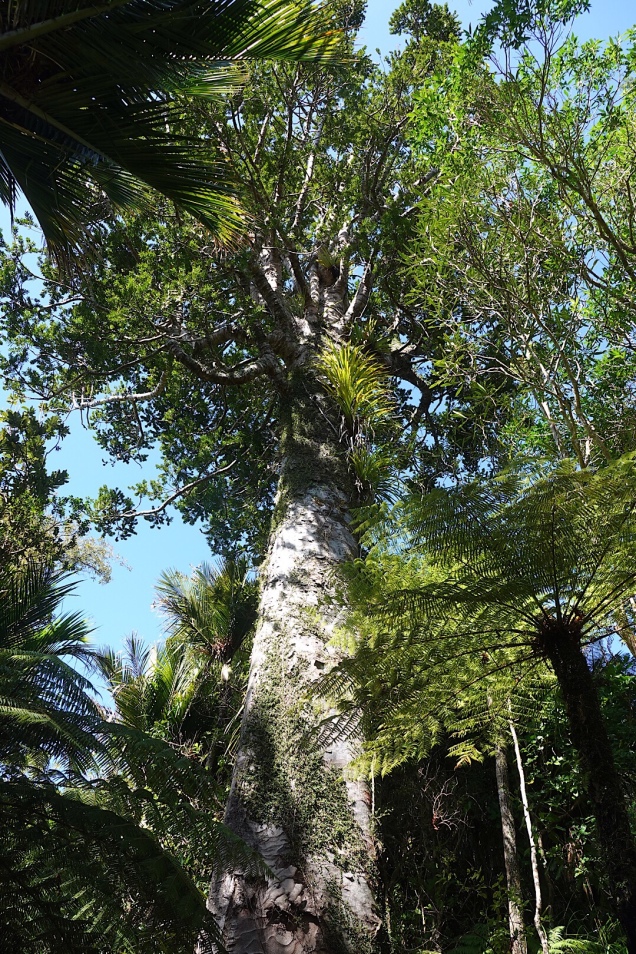 The wind was calming down. The sun was shining. That same view to the south which had been cloaked in gloom in the morning had changed to this. 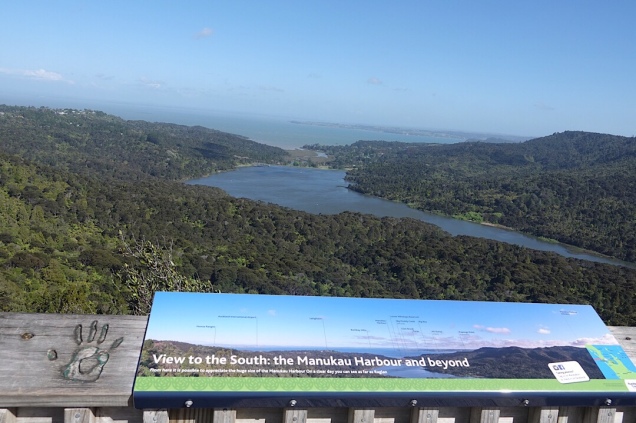 I was sorry that we missed seeing the great kauri forest; that I almost certainly will never get to it. But we saw other soul-stirring sights and learned a lesson about the wisdom of being flexible about travel plans.