When we said goodbye to our French friend Olivia before heading to Turin and Florence, she warned that the beauty of Florence was so great it could be stupefying. She claimed that on her visits there, she couldn’t resist walking compulsively from one exquisite site to another, forgetting even to take breaks for food and drink.

This did not happen to Steve and me. We got hungry at regular intervals, and we paused to eat wild boar, osso buco, gelato, roast suckling pig, pizza, deep-fried rabbit and eggplant, sea bass, more gelato, buffalo-milk mozzarella, flavorful tomatoes, poached codfish, gnocchi with crab, risotto with fresh truffles, more gelato, and other tasty dishes (in only three and a half days!) Every meal was extraordinary. Almost everything cost about half what comparable fare would cost back at home. I don’t know if we gained weight eating it. (I’ll find out soon, when we get home). But it’s possible we didn’t. Like Olivia, we walked obsessively — at least 8 or 9 miles every day. Thursday we also climbed the 38 floors to the top of Florence’s magnificent basilica.

If the beauty of the city didn’t stop us from enjoying its food, we nonetheless found it pretty much as wonderful as Olivia promised. It made us yearn to someday do a house trade here to savor it all at a slower pace.

In the meantime, we’ll have to console ourselves with memories such as these: 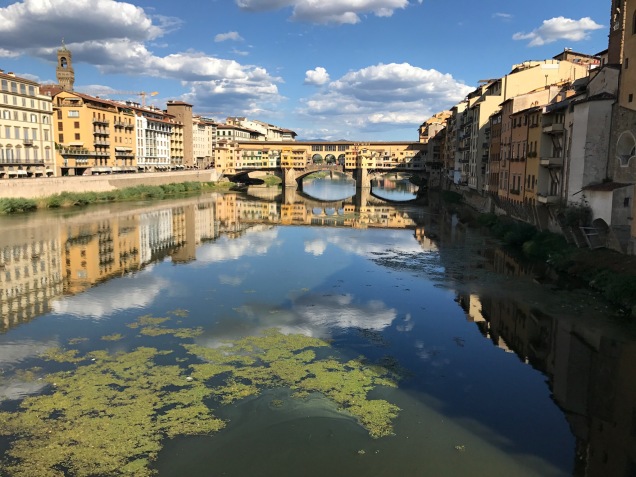 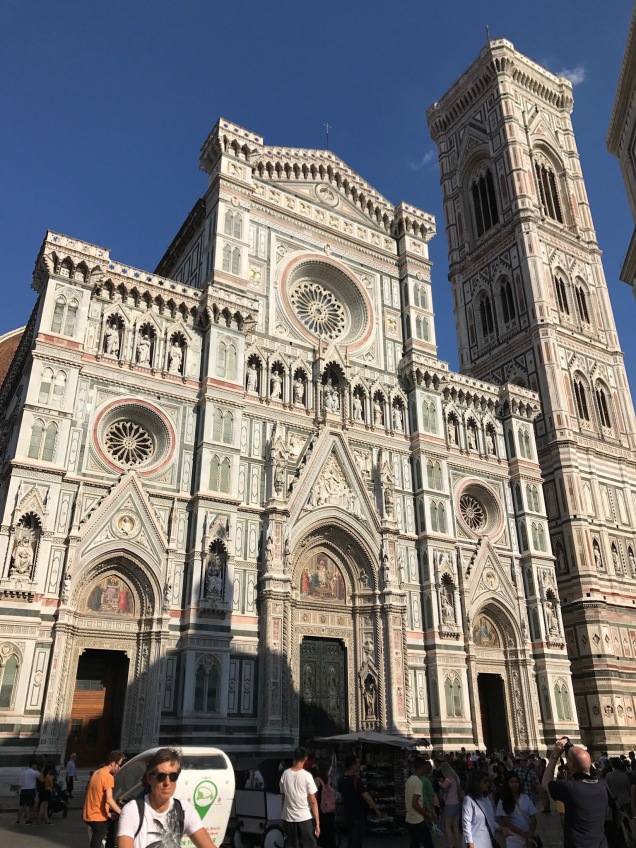 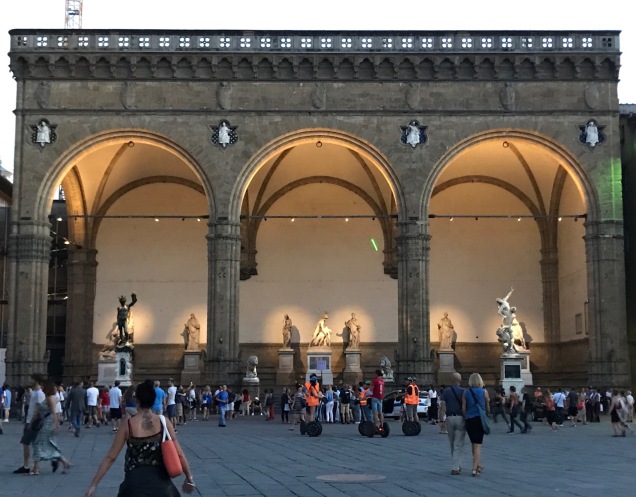 Now we’re in Portland, trying to plan for a successful eclipse-viewing tomorrow!

Trump talks a lot about building border walls. Europe got rid of most of the ones it once had, but with more homeless and desperate folk seeking refuge throughout the continent, I wondered if more barriers would be evident in the course of our current visit to France to Italy. The answer is…mixed.

To get to Italy last Friday, we rolled our carry-on bags down the hill from Olivia’s flat in the French Alps to the little bus station on the main road through her village. We caught the 8:58 a.m. bus bound for Oulx (across the border in Italy); we’d bought the tickets ($8.85 per person) when we’d arrived in town a few days earlier. The bus was clean and pleasant and not very full The ride took only 95 minutes, and the views out the windows entertained us the whole way. We climbed through the beautiful alpine valleys, often well above the clouds.

For a while, the road reversed itself, making one 180-degree turn after another.

I felt happy that I wasn’t powering myself upward like some of the warmly dressed cyclists we rumbled past. 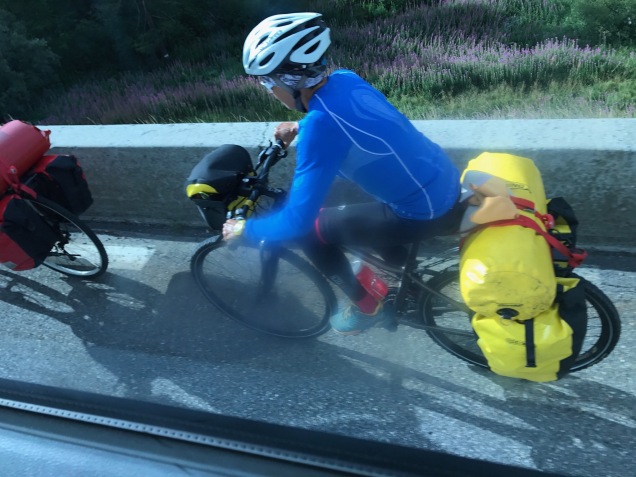 Near a high point, we stopped at a small French town where a few of our fellow passengers disembarked, and a little ways down the road, we passed a wood and glass structure where Steve caught sight of a couple of French officials seated at desks. They didn’t glance at our bus. A minute or so later, I snapped a photo of a sign welcoming us to Italy. Steve also spotted a little shack that he thought might once have served as a border-crossing inspection station, but it was abandoned. 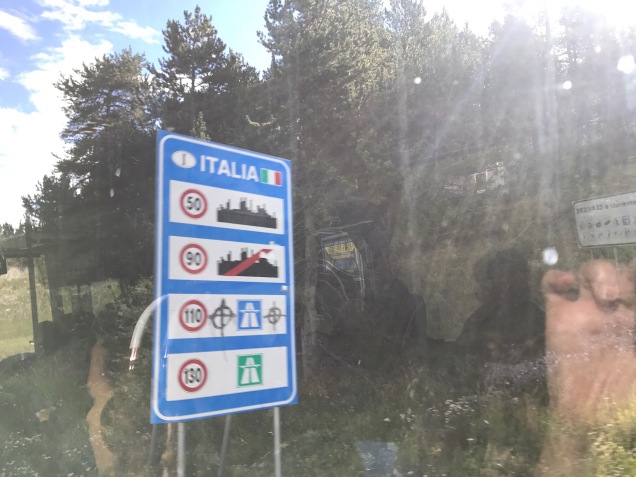 That was it. No one ever asked if we even were carrying passports. The bus reached our destination on time, we dashed across the tracks at the station and caught the train leaving for Turin. (Although we’d bought tickets for the one leaving an hour later, no one seemed to care that we’d jumped on the early train.) We pulled into the Turin station on a cool, sunny morning, and rest of the weekend was filled with one pleasure after another.

I might conclude that European border-crossing was still innocent and hassle-free. But the old American friend with whom we spent the weekend had a different experience on his journey. His supposedly “express” bus got to Geneva (where he lives) more than two hours late, filled with passengers who reported being subjected to sniffer-dog inspections at the Swiss border. Going from Switzerland to France, his bus stopped again for more dog sniffing, and crossing from France into Italy, everyone was required to hand over his or her passport. Those were not returned for about a half hour.
It all reminded me: when it comes to border-crossing, you can’t count on anything. You just have to feel grateful when you get lucky, as Steve and I did.