California’s Pacific Coast Highway, aka Highway 1, shows up often on lists of the most scenic drives in the US, even the world, but it’s not the most practical way to get from Southern California to the Bay Area. Planes fly from San Diego to San Francisco in just 90 minutes. Google Maps says the drive up Interstate 5 can be covered (at least theoretically) in 7 to 9 hours. Going up the coast road adds a minimum of 4-5 hours to the journey, but you trade the hot, flat, dusty Central Valley panoramas for sublime seascapes.

I’ve lived in California for more than 45 years but had only traveled Highway 1 once. In the summer of 1995, Steve and I incorporated the famous drive into a family road trip to San Francisco, where we had arranged a house trade. To be honest, my memories of the glorious views out the front windshield commingle with those of the awful traffic that bogged us down in some stretches and the complaints from our sons, then just 11 and 6. So when we decided to drive up to Palo Alto for a high-school reunion to be held in the fall of 2017, I agreed it was time we took the high, slow road again.

Then came the heavy rains in early 2017. They weakened the cliffs, and a huge landslide on May 20 (2017) wiped out a bridge and closed several sections of the road. Throughout the summer, we assumed we’d be able to find local back roads that would enable us to slip around the blocked parts. But when October rolled around, we had to face the grim reality that the impassable sections still were well and truly impassable. Sadly, we headed north instead on Highway 101, a pretty road. But no Highway 1.

This year another reason to visit the Bay Area materialized.

And to our delight, we heard at the end of July that — after 18 months — Highway 1 was once again open to travelers. On August 15, we drove from San Diego to San Simeon, spending the night in a little hotel set a few blocks from the ocean.

North of Morro Bay (about a half hour south of San Simeon), the landscape changes dramatically. Most of the development disappears, and the scenery gets more rugged and arresting. But the road north from San Simeon is even more wondrous. Here are a few of the highlights we encountered.

About 4 miles past Hearst Castle, we stopped to see the colony of Elephant seals at Piedras Blancas. They’re so much more huge than our local seals and sea lions; they astonished and delighted us. 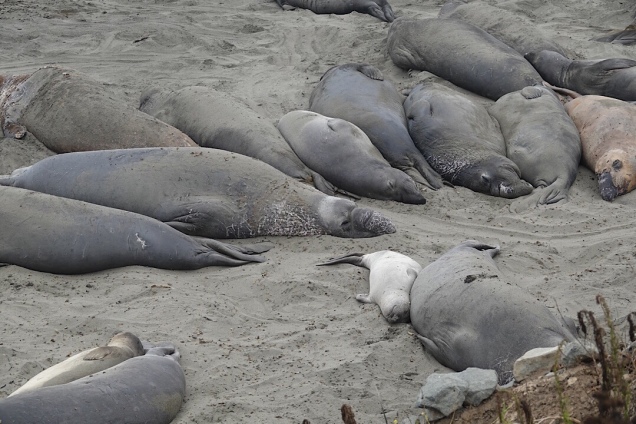 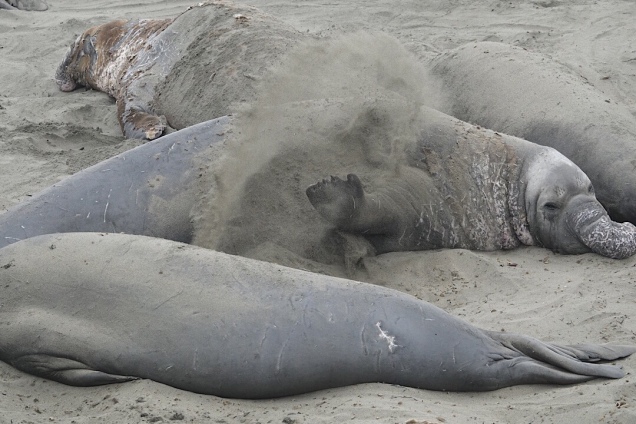 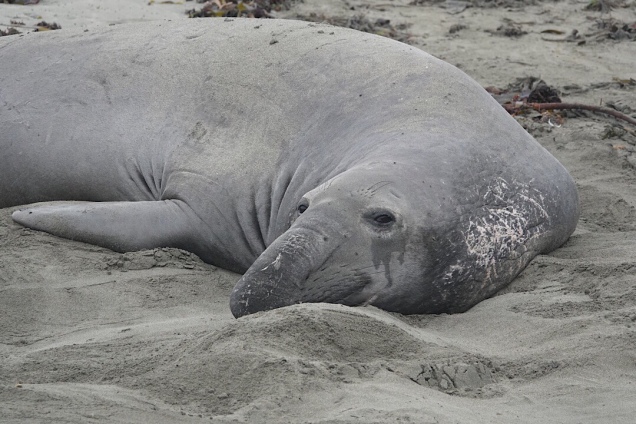 Continuing north, some of the road looked pristine, but some sections, though passable, were clearly works in progress. 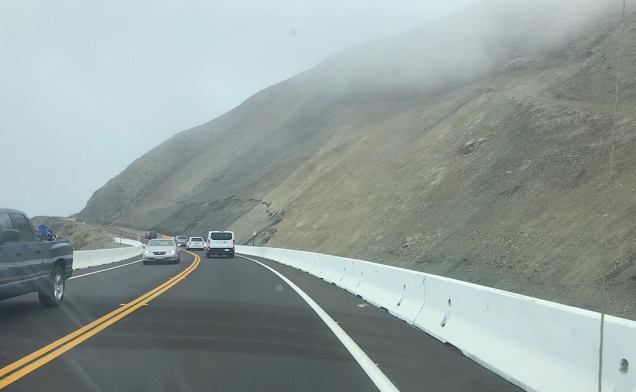 In Big Sur, we noted the presence of the legendary Esalen Institute… 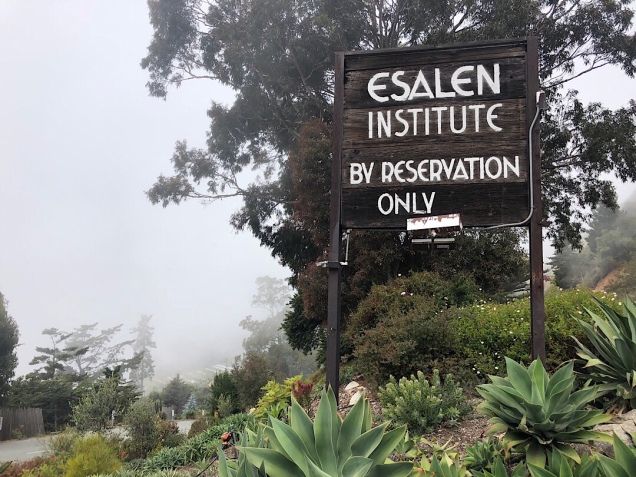 …then we stopped for a brief hike to McWay Falls, one of the few waterfalls on earth that flows directly into the ocean.

We wound up with lunch at Nepenthe, where Steve remembered his folks taking him as a kid.

The day was misty, and we missed seeing some of the archetypal views. I wouldn’t mind going back sooner than in another few dozen years.