Landing Monday afternoon at the airport in Colombo, Sri Lanka, I got the biggest dose of culture shock I have ever experienced. Emerging from the jetway into the terminal, my ears were filled with…. Christmas music! And there were plenty of Christmas decorations too. 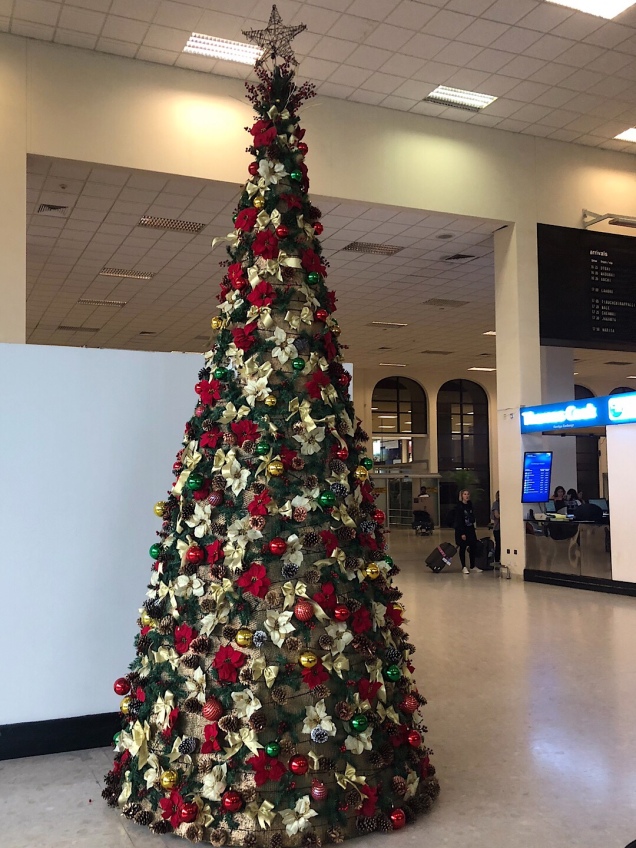 I’ve spent my adult life living in San Diego, where carolers dress in shorts and t-shirts, and folks string colored lights from their palm trees. So I’m used to celebrating the holiday in balmy weather. What was so strange Monday was suddenly being plunged into the Christmas Season after seeing not one hint of the approaching holiday anywhere in India (unless you count the Black Friday emails in my in-box.) This even though 19% of the population of Kerala (in India) is Christian. We stayed just a few blocks from the Cochin Fort’s Catholic basilica but saw not one wreath nor Christmas bulb there.

Sri Lanka has half the percentage of Christians Kerala has. Yet here we were, waiting for our suitcases while listening to The First Noel and Oh, Little Town of Bethlehem! This wasn’t just some show of airport internationalism. Once in the city, more signs of the holiday abounded: 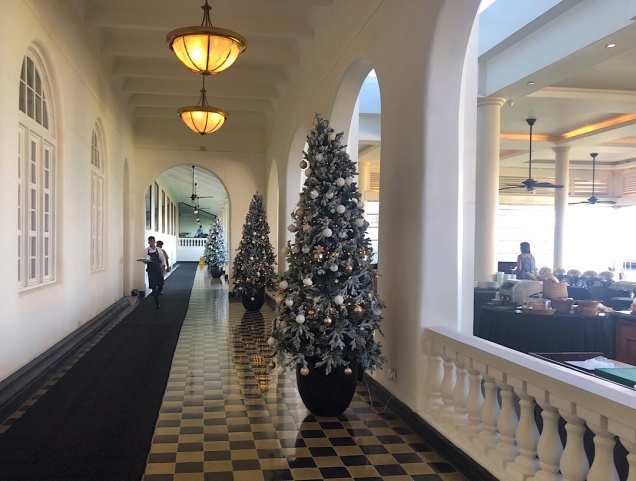 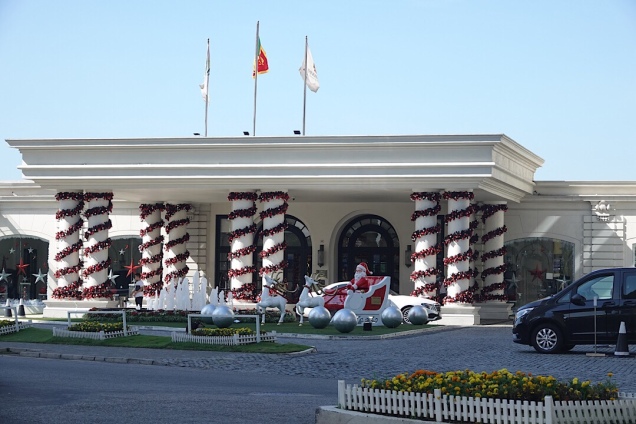 When I expressed my surprise to one of the staffers at our Colombo hotel, he beamed and declared that Sri Lanka’s residents love to celebrate everyone’s holidays. Christians and Muslims put up Hindu garlands routinely, he said.

That was nice to hear. The savage 25-year-long war that ripped this country apart and killed 100,000 people had strong religious elements (Buddhist v. Hindu). It ended less than 10 years ago, with real reconciliation only dating back about three years. And even though Sri Lanka (formerly known as Ceylon) has been booming since then, political turmoil broke out just recently. In the past three days, we’ve seen a few signs of what’s playing out: demonstrators assembled Tuesday near the Parliament building in Colombo; some front-page headlines.

What we’ve seen more of, however, is orderly streets and serene landscapes. I’m already kind of used to the holiday decorations.

But after India, I suspect we’ll continue to feel shocked by the peace and quiet right up to the minute we depart for home, eight days from now. 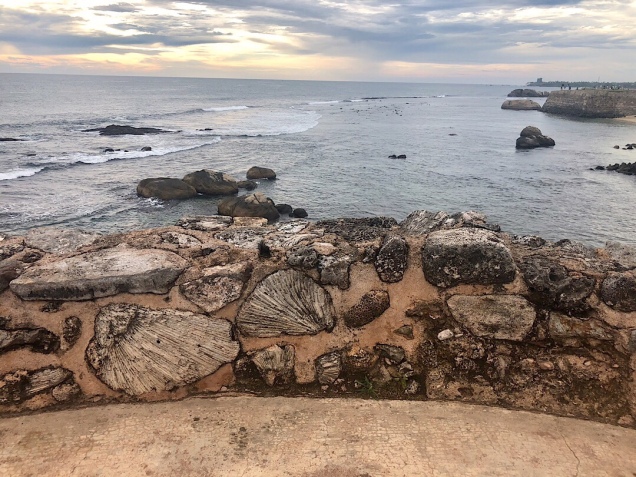