Ironically, Steve and I spent all morning soaking up Colombian coffee culture, and part of the afternoon… napping. In Steve’s case, he’s feeling a tiny bit under the weather. I don’t have that excuse; I just got sleepy after lunch, and if there’s anyplace in the world better suited to a postprandial siesta, I haven’t seen it. We’re staying on a 36-hectare working coffee farm, in the 133-year-old hacienda built by the family that still runs the farm (after four generations).


Coffee is the dominant component of the local economy, but tourism has come on strong in recent years, and this morning we had an outing that splendidly illustrated how much fun it can be to stroll up and down the hills see what grows here, and how.
This was not the first coffee tour Steve and I have taken. We’ve visited growing operations in Kona (Hawaii) and in central Africa (Tanzania and Rwanda). Nonetheless, I found these Colombian highlands to be the most beautiful. The Andes rise darkly in the distance, and closer at hand, the undulating hillsides are densely green with not only Arabica but also plantains, bamboo, coffee walnut, and a headspinning variety of fruit trees.

Our charming 24-year-old guide, Andres, led us through 10 stages of coffee instruction that included a long stop at a tasting bar in which we took turns guessing at some of the 36 fragrances commonly found in coffee, sniffing grounds, and slurping spoonfuls of the hot brew. 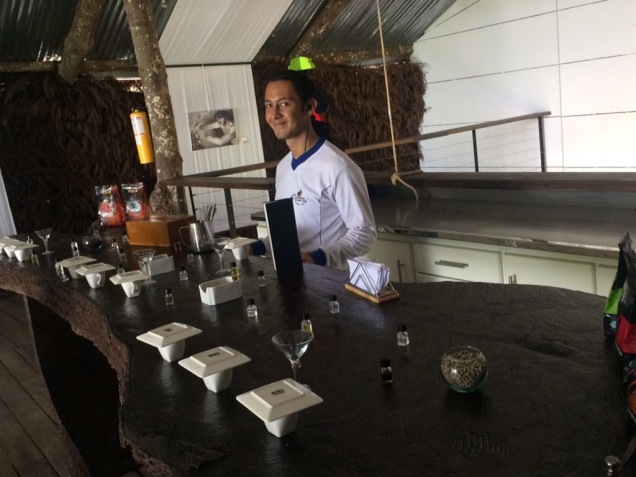 We walked for 90 minutes, learning about the soil and water and nutritional needs of coffee and it’s harvest. (During the peak picking seasons, the workers in these parts can collect some 200 kilos of beans per person per day — for which they’re paid about 15 cents a kilo.) We picked ripe beans ourselves and tasted them, surprised to find they they’re pleasantly sweet. 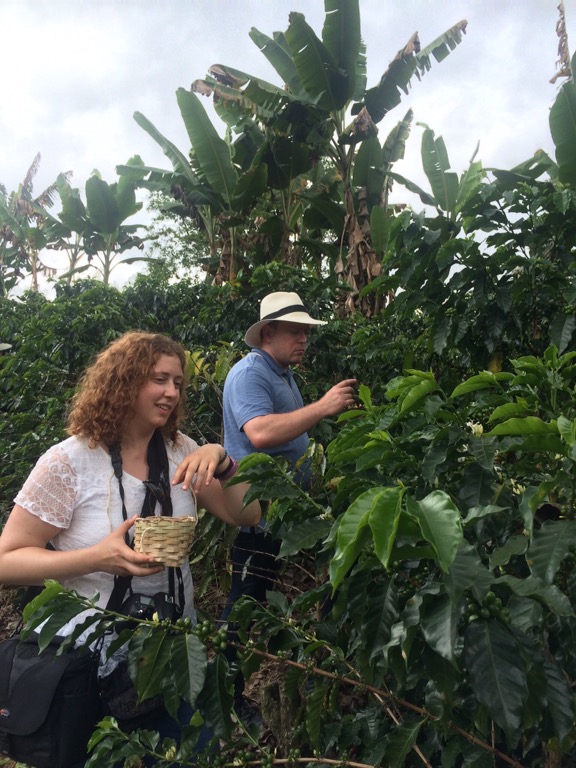 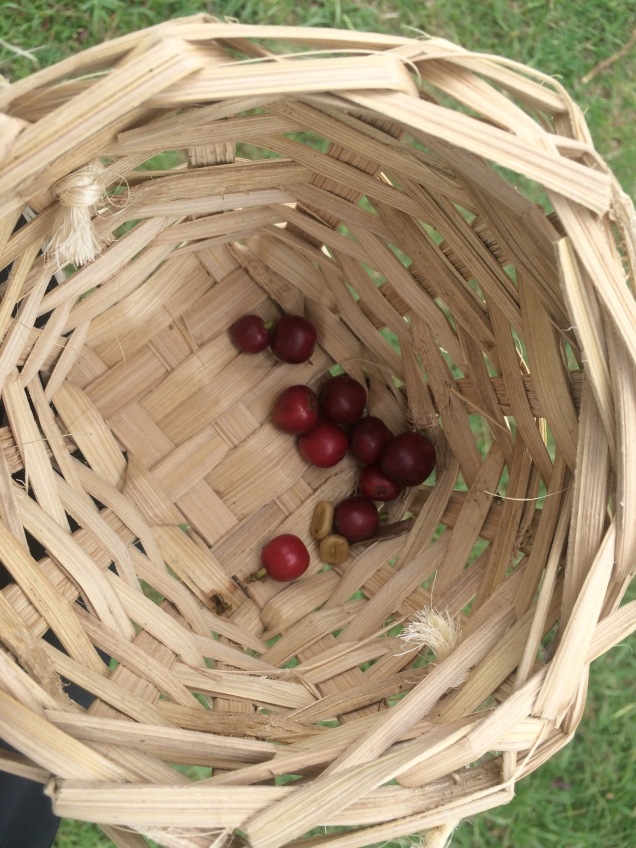 Andres told us that he often sees Lukas, the resident hound, sniffing them out and munching on them. (“He gets all hyper!”) Finally, we drank in the vista at a beautiful outdoor lounge where Andres brewed us some of the freshest coffee imaginable.

Sadly, those cups were in stark contrast to most of the coffee we’ve consumed on this trip. Almost all the good stuff gets exported, while Colombians drink the (literal) dregs. Our experiences with Colombian food have been happier, though Although my guidebook warns that “Colombia is not a safe haven for gourmands,” and wryly points out that you don’t see many Colombian restaurants outside the country, we’ve had a number of memorable meals.
Despite all the hysteria about Zika earlier this year, I haven’t seen a single mosquito, not even in swampy, hot Cartagena. We know they’re around, though, so we’ve been applying liberal amounts of bug repellant. After today, Mike and Stephanie will only have to fend off predatory insects for four more days. (Steve and I will stay on for four days after they depart.)