Monday morning, we picked up our rental car, an adorable little mauve Fiat 500, from the Eldan car rental agency in Tel Aviv, and I have to say, our interaction with the young manager there was the nicest experience I've ever had picking up any rental car anywhere. We sat at his desk, and he not only filled out the paperwork with us but also counseled us on everything from avoiding tolls to the best way to drive from Nazareth to Jerusalem. This took some time, as did getting shuttled to the parking garage where the car was, as did Steve getting checked out on the unconventional controls. By the time we actually hit the road, it was almost 10. 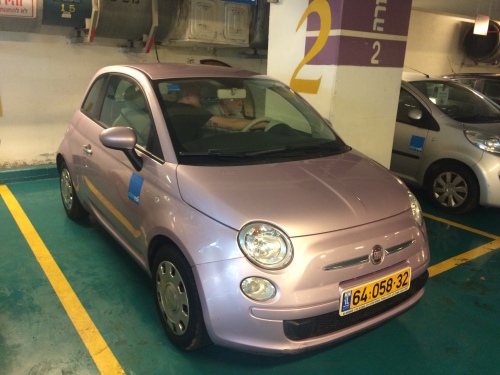 We needed the rental car to get to all the places we want to go in the north of Israel, starting with Caesarea, on the coast about 50 minutes north of Tel Aviv. 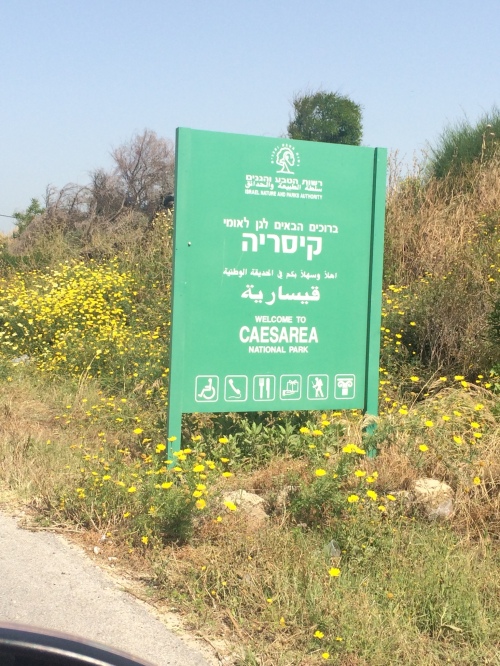 The archeological complex contains the ruins of the seaside palaces and associated amenities (chariot racetrack, theater, baths, sewage system etc.) begun by King Herod in 22 BC. Pontius Pilot later lived in it for a while, followed by centuries in which it was grabbed by successive waves of Arabs and Crusaders. Because of our late start, we only had about an hour on the grounds, a shame, and then we had to barrel on to Haifa (Israel's third largest city and a kind of far distant cousin, in feel, to San Francisco). There we had an appointment to meet with several professors at the Technion (often described as Israel's MIT), followed by a campus tour guided by two adorable mechanical engineering undergrads. 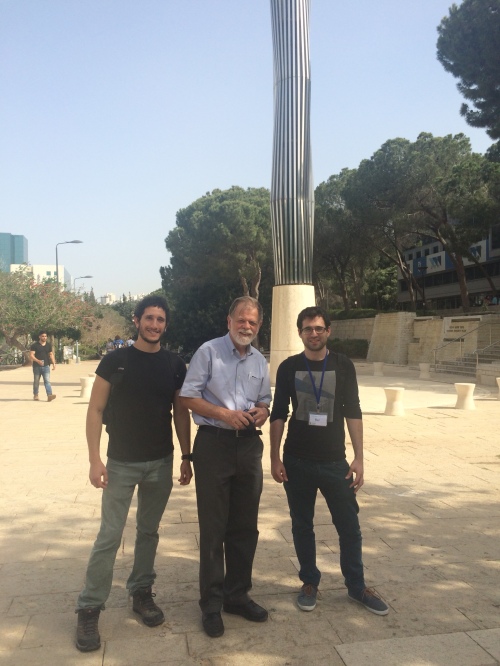 The driving was a distinctly mixed bag. Every road we've been on so far has been in good to excellent shape, and the drivers, while aggressive, don't seem to be entirely insane. But Google Earth on my phone failed us miserably for guidance, and 90% of the signage uses the Hebrew alphabet, so we had some bad moments, navigationally. (“These are the worst-designed roads I have EVER seen ANYWHERE in the world!” Steve roared, at one point.)

I'm hoping we'll get accustomed to them. We have a lot more ground to cover.

One thought on “On the (Israeli) road”