Stilt fishermen — guys perched high on poles in the ocean to get a better view of their prey — are one of the most iconic images associated with Sri Lanka. The men look striking, but the only problem is no one actually fishes that way any more. The island’s remaining “stilt fishermen”only scramble up the poles for tourists, then browbeat them into paying for any images they take. “The stilt fishermen nowadays are actors,” one Sri Lankan told us.

But men on Sri Lanka’s southern coastline do continue to fish in an ancient way that’s photogenic. Steve and I stumbled upon them on our walk shortly after dawn yesterday morning. The beach in front of our resort stretched farther than we could see and looked empty…. 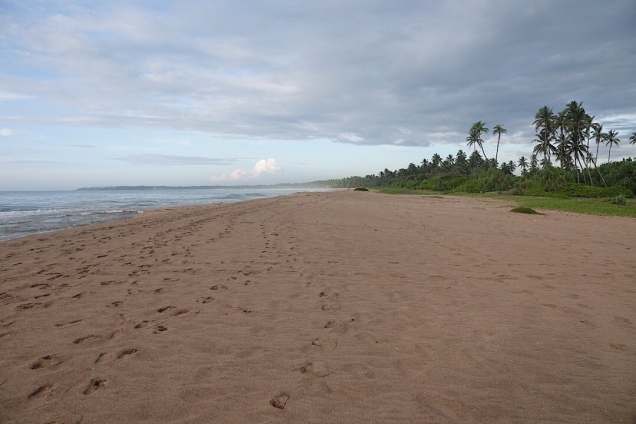 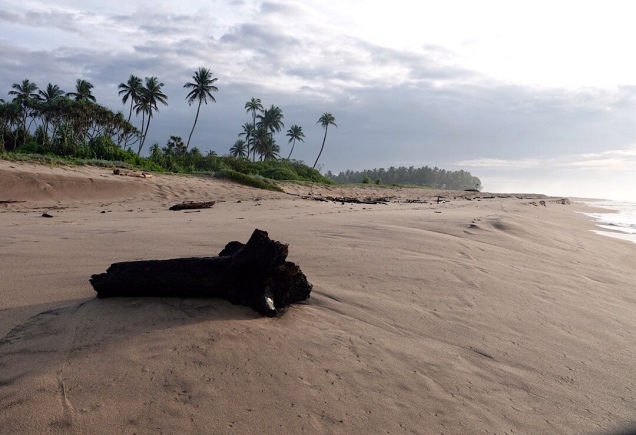 …but we spotted a few fishing boats on the water… 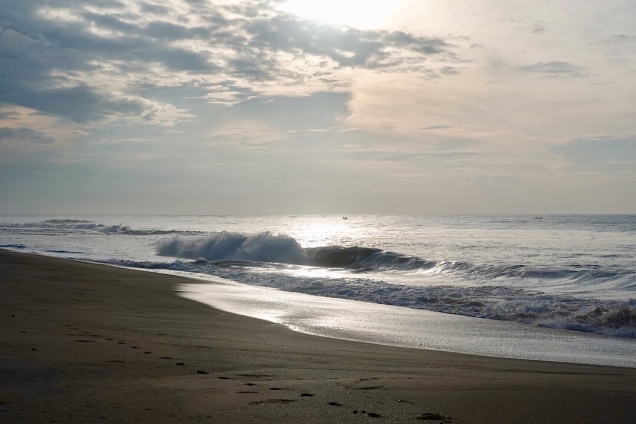 …and then some guys in the distance, pulling a rope. 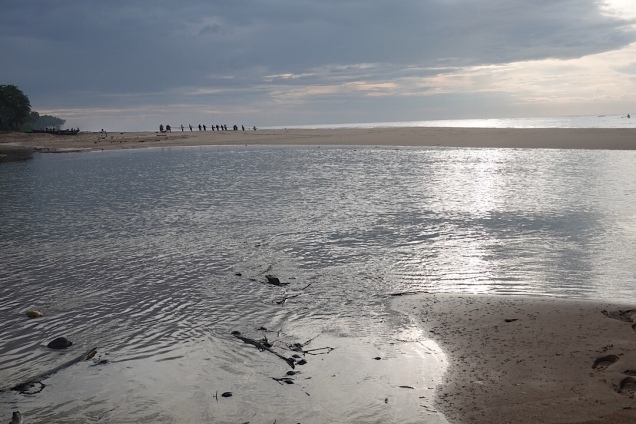 The channel was too deep for us to wade across, but we found more men pulling hard on another line when we walked back in the direction of our hotel. 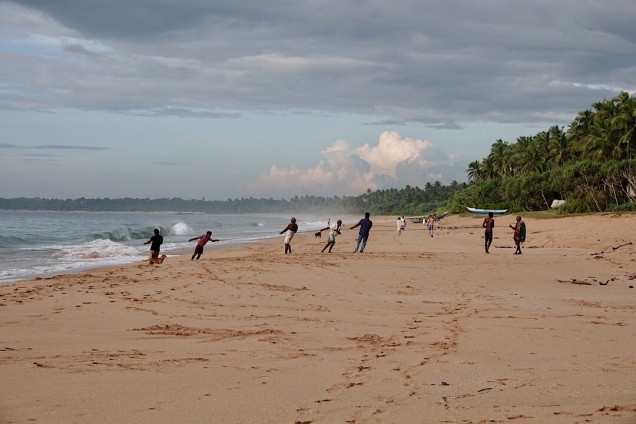 The work looked strenuous, but sociable. 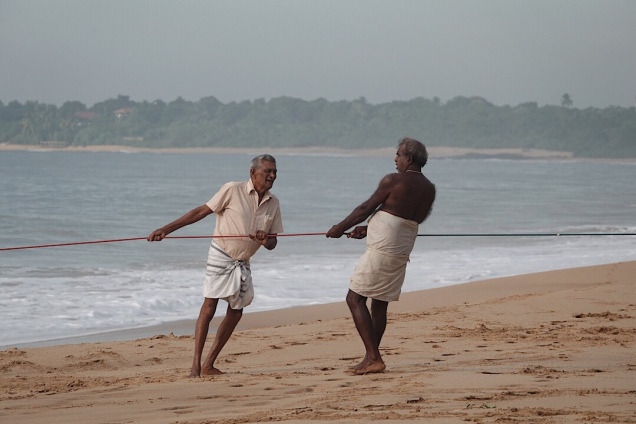 Nothing happened suddenly, but eventually the net attached to the rope emerged from the water. 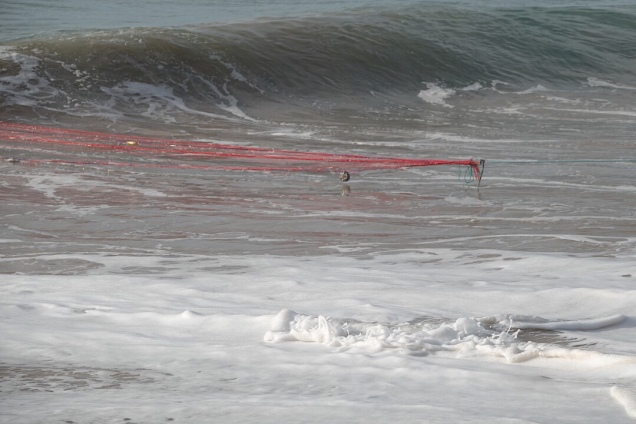 The men were careful in its management. 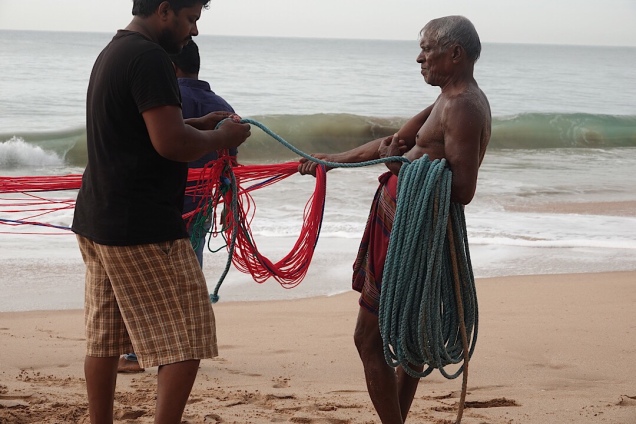 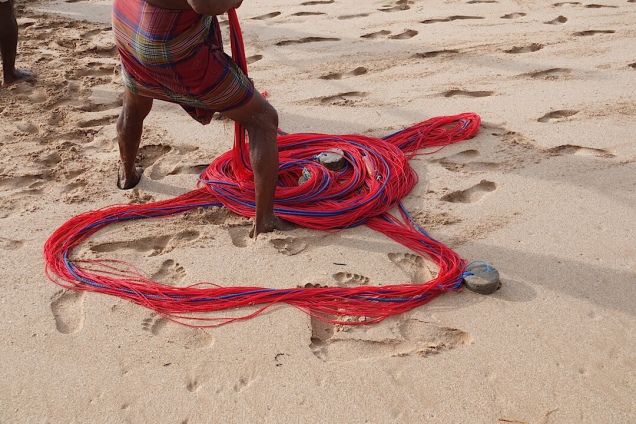 Eventurally the distant boat that had been somehow positioning the net approached the shore. 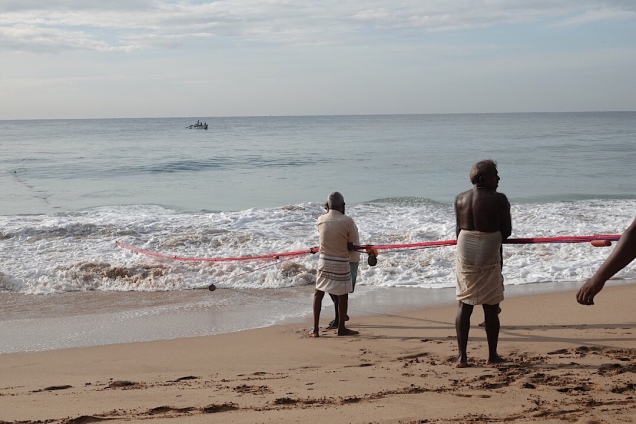 It’s occupants first rowed, then lugged it onto the beach… 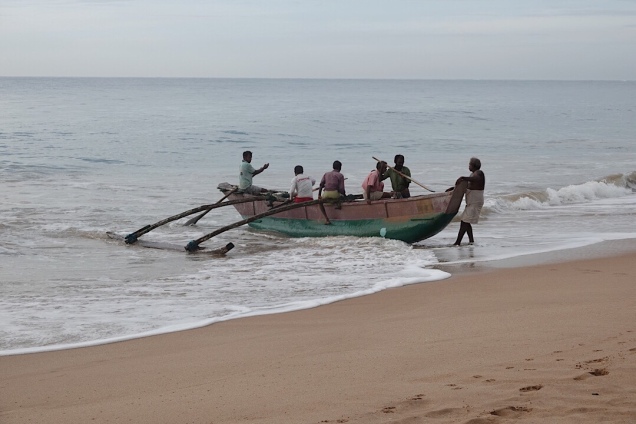 Then they began to pull on another line that had been staked to a pole in the sand. 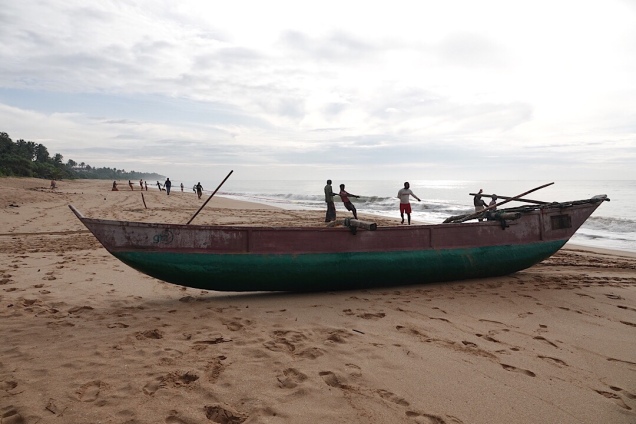 As the net drew closer and the surf increased, the work could be rough. 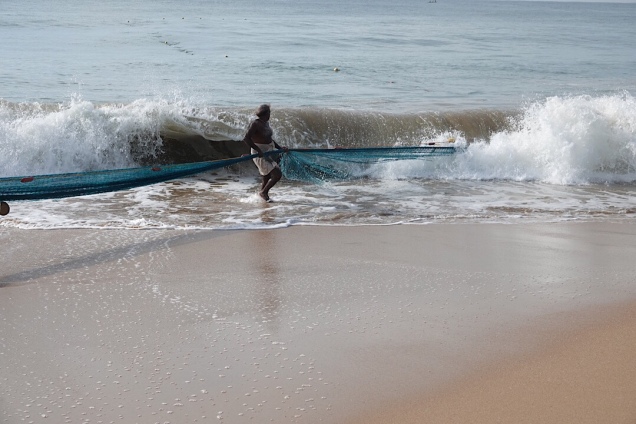 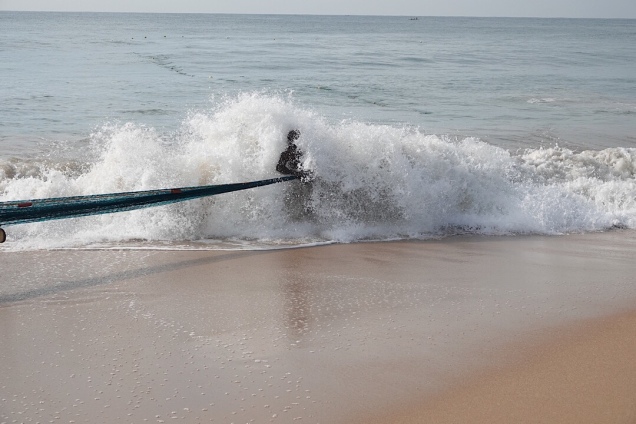 But the two wings of the team edged ever closer to each other. 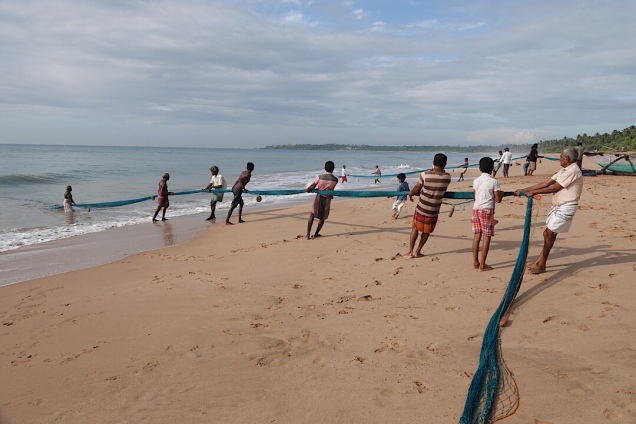 In the final stages, a host of birds swirled ahead. I felt nervous. What if, after all this work, the net was empty? 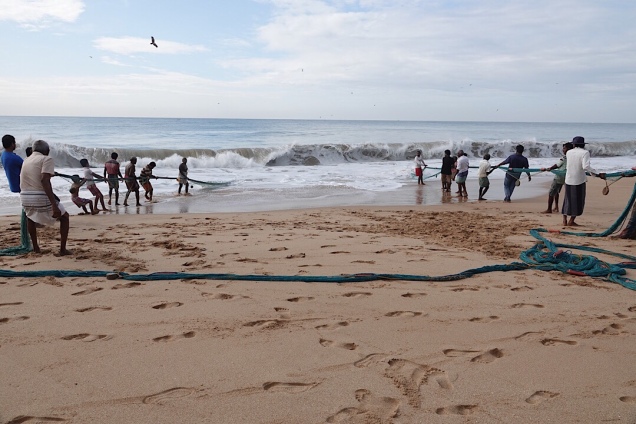 No worries. As the haul emerged, there was bounty in the strands. 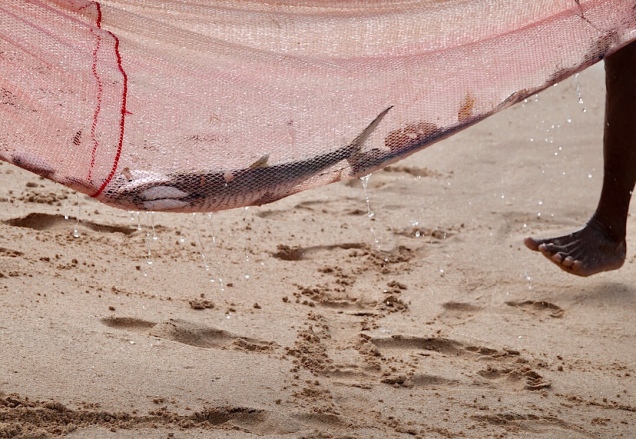 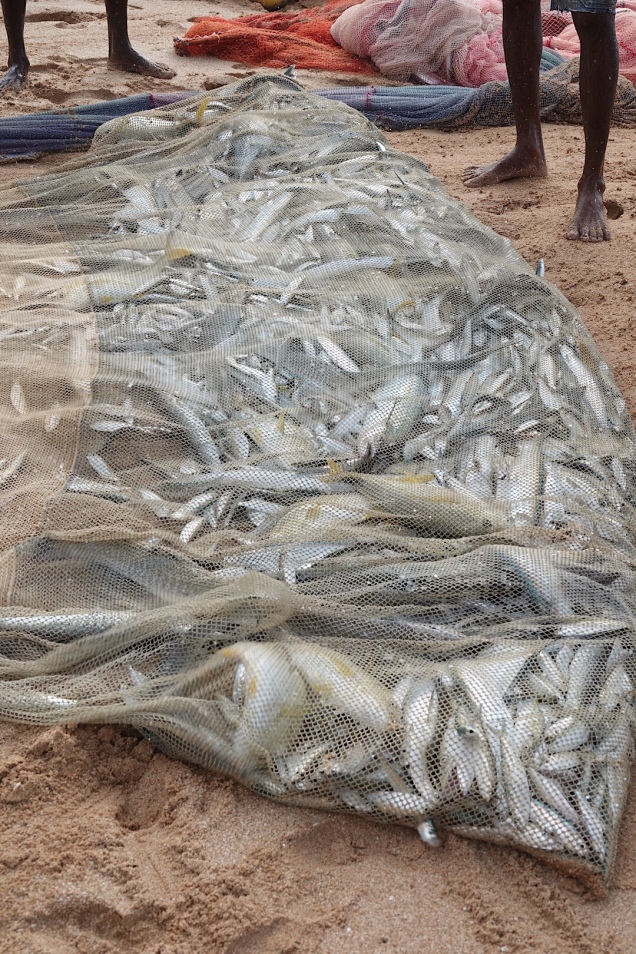 The air was filled with the frantic flipping of dying fish. 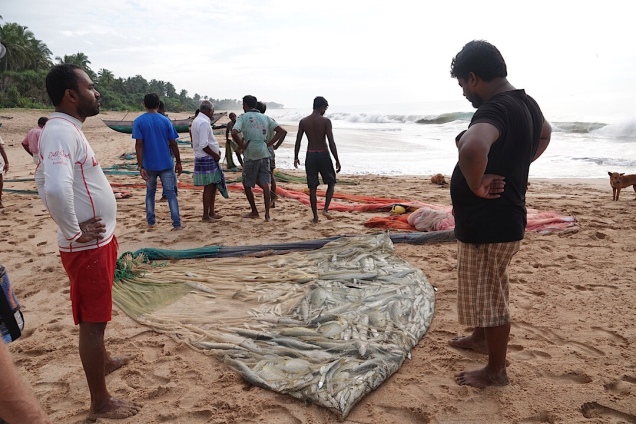 One of the fishermen told us it wasn’t a fantastic catch, but much better than it had been for the past few days. 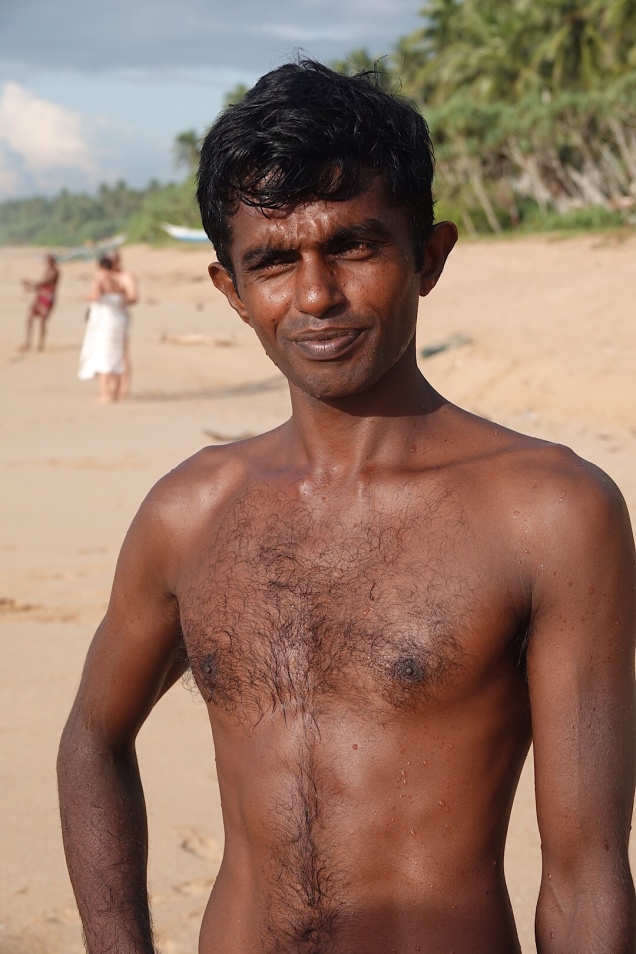 This guy asked if we wanted to go on an evening tour of the lagoon, but we had to decline. We had other fish to fry (metaphorically). I’m posting this now from the misty highland tea country. It’s a little hard to believe we’re in the same country. 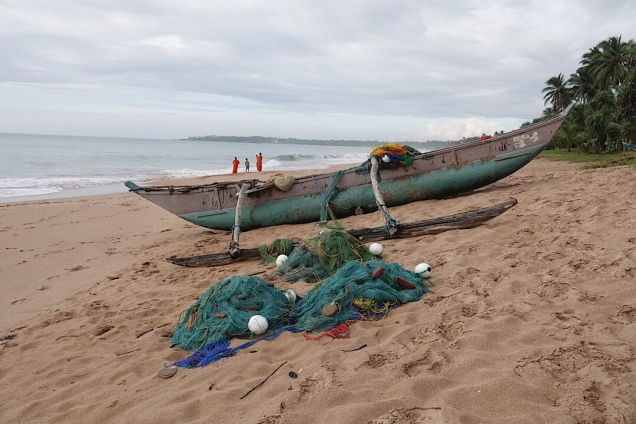